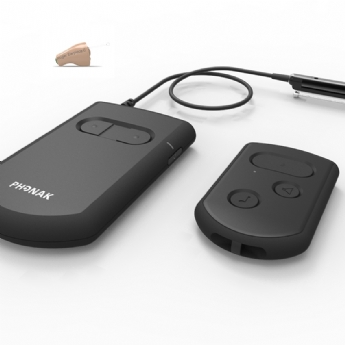 Understanding speech is critical in physical surveillance. Every message must be clearly understood by all team members in any situation, no matter how noisy.

The new Roger Covert C system has been specifically designed for applications requiring the highest levels of intelligibility and discreetness. It sets a new standard for secure wireless transmission of speech, offering unparalleled, reliable performance in the most challenging environments.

Roger means “message received and understood” – so we named our new communication system Roger Covert C. Roger technology enables low-delay, highly reliable audio broadcasts from a transmitter to miniaturized earpieces, and uses adaptive algorithms to avoid interference. It has a simple connection concept and operates on the license-free 2.4 GHz band. The Roger Covert C main unit is worn on the body and connects to the audio source. This unit creates an encrypted, secure Roger network around the wearer, which transmits the audio signal to the Roger Earpiece C (in-ear receiver).
Uniquely, there is no need to wear a neck loop. The new MM11 microphone is wired to the main unit.